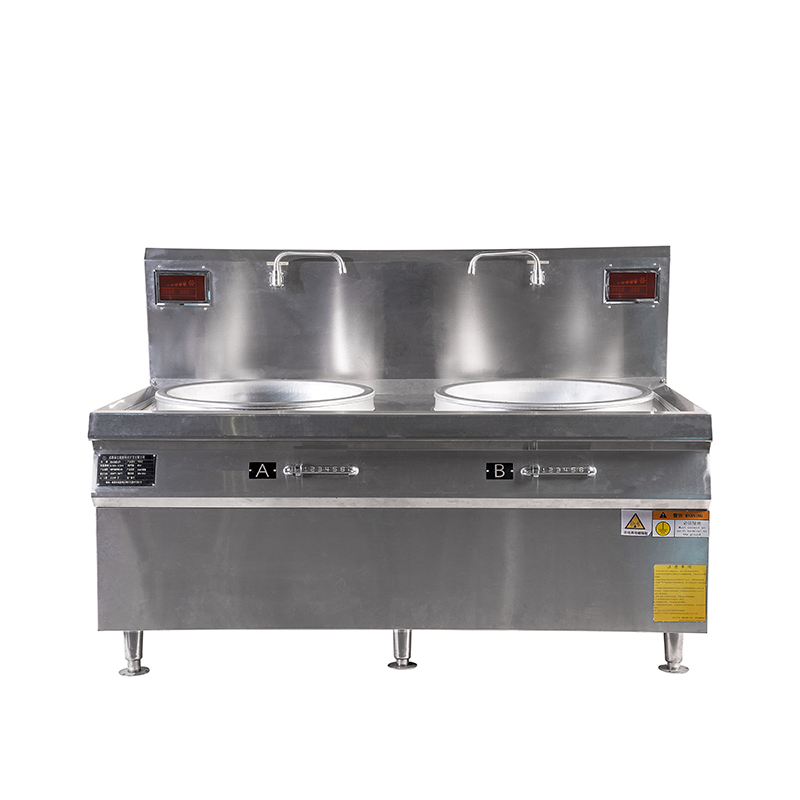 The induction cooker, also known as the induction cooker, is a product of the modern kitchen revolution. It does not require an open flame or conduction heating but allows heat to be generated directly at the bottom of the pot, so the thermal efficiency has been greatly improved. It is a high-efficiency and energy-saving kitchenware, which is completely different from all traditional heat or non-fire conduction heating kitchenware. Induction cooker is an electric cooking appliance made by the principle of electromagnetic induction heating. It is composed of high-frequency induction heating coils (excitation coils), high-frequency power conversion devices, controllers, and ferromagnetic pot-bottom cooking utensils. When in use, an alternating current is passed into the heating coil, and an alternating magnetic field is generated around the coil. Most of the magnetic field lines of the alternating magnetic field pass through the metal pot body, and a large amount of eddy current is generated in the bottom of the pot, thereby generating heat required for cooking. There is no open flame during the heating process, so it is safe and hygienic.


Send email to us

It breaks the traditional open flame cooking method and uses the heating principle of magnetic field induction current (also called eddy current). The induction cooker generates an alternating magnetic field through the components of the electronic circuit board. When the cook-top is placed on the bottom of the iron-containing cookware, the cooker That is, the alternating magnetic field lines are cut to produce an alternating current (or eddy current) in the metal part of the bottom of the pot. The eddy current makes the free electrons in the iron material at the bottom of the pot move in a vortex shape, passing the Joule heat of the current (P=I ^2*R) Make the bottom of the pot heat up. The appliance itself heats up at a high speed and is used to heat and cook food, so as to achieve the purpose of cooking. It has the advantages of fast heating, high thermal efficiency, no open flame, no smoke, no harmful gas, no heat radiation to the surrounding environment, small size, good safety and beautiful appearance, and can complete most of the cooking tasks of the family.

Send your message to us:

Write your message here and send it to us

Send your message to us:

Write your message here and send it to us